There is order and harmony in the artistic productions of Elvira Angela Pattitoni, known as  Evi, in the Jewels as in the Dresses and in her voice as a musical interpreter. As an artist, her creations show themselves not only as a work of artisan skill, but rather as the result of her personal creative research that flows into a path full of ideas between the history of her  land with that of other places and times, contaminated with others in a skilful mix between past and innovation.

Her art moves from the thread that holds the micro with the macro cosmos, the symbols of our place with the signs of the universal. Evi does not fall into the error of neo-ethnicism or folklore. By avoiding these traps, she arrives at a balanced and accurate cosmopolitan synthesis, with the evanescent scent of Sardinia. The immature vestals proposed in her fashion shows seem to come from a faraway world, something else. Keepers of memory, remember the arborense queens of the fourteenth century, as I think of them. Modern and current as today, perhaps anticipating a possible future trend.

The jewels, then, are true “prendas”. Archetypal jewels, as she defines her  creations. Works inscribed in circular forms that replicate, referring to the most ancestral past of Sardinia, which has a Mediterranean, Biblical, Christian and Eastern past. Symbolic representation of the cosmos, woven from sheets and gold threads and colored stones, like mosaics of sublime temples. Woven figures of colors and shapes in symmetrical harmony. Representation of the horizon and the sky. Symbol of the celestial sphere, dimension of the universe, like the nimbus of Christ of the icons of Cecilia Sanna, icons present in the short film “Divine Measures”, unpublished, the latest creation of Evi.
Like the Great Mother, representation of the primordial female deity, parent, and nurse, holder of the secret of life and consoler of death.
It is worth letting yourself be seduced by Evi’s creations, in  her events and in her show rooms. 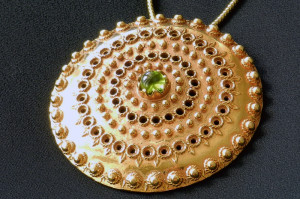 MOṂ il Gioiello Madre
it is an archetypal jewel containing elements that refer to ancient philosophical disciplines rich in meanings that help protect, strengthen and favor the individual path of life. 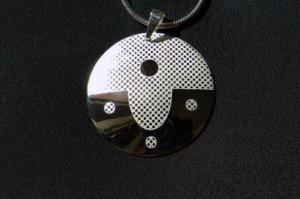 Kundaline Collection
Kundaline is a jewel that contains the archetypes of love (ancient symbols, the first examples of something, the first form of something). And ‘the symbol of the western concept of couple (in the East ying and yang). 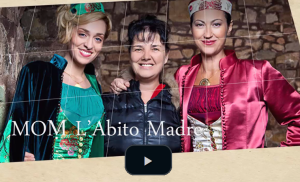 MOṂ L’abito Madre
is inspired by the standard Sardinian female costume, consisting of pleated skirt, shirt and corset with bolero. 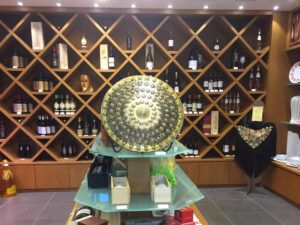 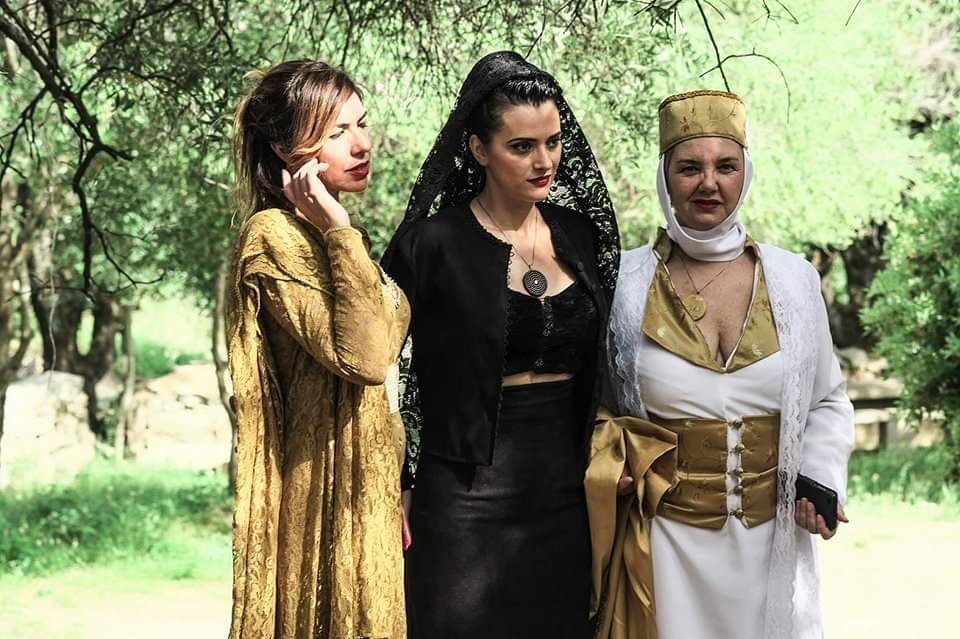 2020 © Mom Gioiello Madre | Credits Webconsulentzia
Back To Top
Disclosure in line with the obligations deriving from the provision n. 229/2104 of the Privacy Guarantor This site or third-party tools used by this make use of cookies necessary for the operation and useful for the purposes outlined in the cookie policy. If you want to learn more or opt out of all or some cookies, see the cookie policy. By closing this banner, scrolling this page, clicking on a link or continuing navigation in any other way, you consent to the use of cookies.Accept Read More
Privacy & Cookies Policy
Necessario Sempre attivato